Shameless plug for an awesome writer!

Not too long ago I was fortunate enough to get the contact details of another writer who I heard about through the work grape vine.  After playing some getting-to-know-you tennis, she offered to help read, edit and provide awesome feedback for my first book, John Awakening.  Just had to throw the awesome logo on here.

I then asked if I could take an "authory" looking photo of her and throw it on my site.  I also nabbed her website address and just ran with it to here.  So check her out and give her a shout out if you can for being so awesome.

Now you might be asking yourself why any of this is relevant?  Well if you've been paying attention to any of the previous posts you would soon realize that my goal with John Awakening is to make it an amazing community effort.  I already have other books I've wrote on top of this one, but wanted to give people a more personal touch to at least one of them.  I'm always looking for people who would love to take part of this effort and don't you worry, I'll shamelessly plug each and every one.  I can't say enough how much it means to me to have people help out.  I'm getting really excited about my newest release that will be being edited then put out on the market.  But for now thank you and for everything you do as one of the amazing people that make John's universe possible!

As always follow us, pin us, tweet us, just spread the love!
Posted by Unknown at 7:56 PM No comments:


Recently I was able to meet a very talented, and attractive, photographer (my wife).  I was in the process of trying to find the right photo that I wanted to go with for my campaign, book covers and just all around sentimental value.  There's a tinge of narcissism to that.  We decided on a location and were excited to try it out.  It was an old railroad stop located at a deteriorating building outside the city.  The building had been wonderfully covered in local artists graffiti.  This set against the dead lake of the Great Salt Lake was a very tantalizing location with a lot of potential.

Regretfully, upon arrival, the building and railroad stop had been removed.  Apparently it was on private property and its numbered days had finally come to an end.  This came as a major let down but we still tried to squeeze some lemon juice out of it all.  We chose a couple locations and just went with the flow. 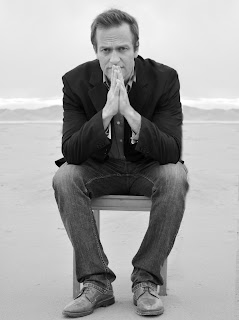 One of the locations was out on the flat sands of the dead lake itself.  We brought a prop chair and just starting taking photos.  My 2 year old son interrupted the shot at least four to five times. It was a brisk thirty degrees or so outside but I kept my poker face strong, burying it in my hands.  We were looking for depth and contrast.  This photo was done in both color and black and white. 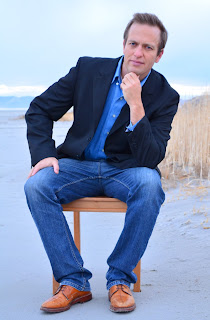 If you're like me taking photos of yourself is like giving yourself toothpaste shots, it's painful.  Maybe it's because I struggle with seeing myself justly through the eyes of a soul sucking judge (camera not wife), or it's because I'm not good at being told what to do.  Either way this one was picked at great embarrassment to myself.  I'll cringe here as I write it, but will go ahead anyways.  This was done at the flats of the Great Salt Lake.  A beautiful view of a vast spans of highly contrasted colors and depth. 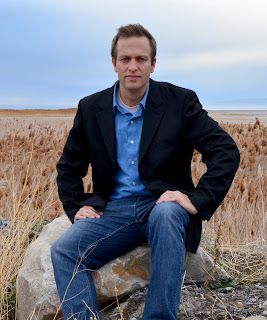 This was done near some reed like plants that caught our eye.  It much like the rest was just an open shoot of ideas in the creative soup. 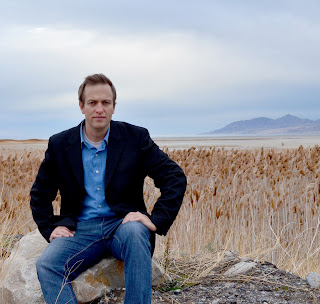 Same location as mentioned above but slightly furthered out.

Now comes the moment of truth.  I will be putting these photos out for the masses to judge and piece apart.  Hopefully with the constructive critiques I can finalize my decision on one and move forward with getting this over, I just let out a long sigh.  You want the house but forget that it was built one painstaking nail at a time.  At least this is one less nail!

Please provide any feedback and your pick for what photo you like best and why.

As always stay tuned for more updates as I continue to push forward.

Posted by Unknown at 7:07 PM No comments:

I'm excited to put out the news that I am releasing my book out to a group of creative authors for some awesome feedback!  These extremely charitable people will not only be giving grammar feedback but also be analyzing depth, holes, plot and potential critical changes!  This makes me a little nervous but at the same time I'm glad that the time has finally come.  Going to take aim and shoot for the stars. 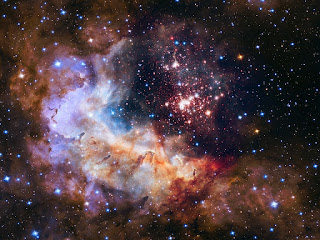 In other news I am finishing up my fourth book that I have been working on for the past little while!  I've also almost finished a basic video tease to help satitate those more visually inclined audiences.  There's a lot coming and I hope that this can really turn into something with some hard work and creativity.  Again, have questions?  Ask them!  Have suggestions?  Give them!  This ia about community and this book, John Awakening, will be nothing without you.

1000+ Likes! A Big thank you!
November 26, 2015
|
Mikel Parry
First off I gotta thank everyone who helped get me to my first goal of 1,000 likes on Facebook!  I couldn't have done it without you and won't forget your help in taking this to the next level.  Now comes the next goal of 5,000 likes then on to the funding campaign!  Seriously already 1/5 of the way there and I'm ecstatic!

I'm also excited to announce that for those who subscribe to the website, www.thejohnbooks.com, I will be doing giveaways!  These will include free copies of the book, an unedited, signed original copy and much more!  I thank you from the bottom of my heart for your support and can't wait to see what the future holds!

Pin us, hashtag us, and tell all your friends!

Let's make this movement real!
Posted by Unknown at 3:53 PM No comments:

For me when I come up with a story it first needs to take shape in my mind's eye.  This generic phrase truly rings true when trying to engage in drawing inspiration.  Inspiration can strike at any given moment at any given time.  Just last week I was in the middle of nowhere, literally, and found myself completely taken back in awe by the rich history and tantilizing tid bits that unfolded in the area's history.  Characters can develop, plots naturally flow, and remarkable outlines are drawn. As such; seeing, sometimes, is truly believing.

When I began writing John Awakening, I dug deep to draw out what an alien world's jungle might look like.  Something, untouched, pure, and lush with adventuring prospects.  As it ends up I was fortunate to be in one of the world's most beautiful jungles that had survived the tests of time in real life not too long ago.  Just being there helped refine what my imagination had intially created.  My hopes with this first installment of the three part series, is to really sweep the reader's imagination into this alien jungle.  I wanted it to be mysterious, yet completely inviting into the compelling story that was unfolding.  As I keep moving forward I look forward to releasing even more information and eventually pieces of the book itself.
Posted by Unknown at 3:50 PM No comments:

Launching the site along with the social networks was a difficult thing to do at first.  Putting your work out to the masses and letting them dissect it and then give it back piece by piece can be intimidating.  It was also a challenge to fully engage myself with the idea of letting my inner nerd self out of its cage.  But the story must go on...

As such I am excited to start providing some teaser sections of my first book that I am campaigning to be professionally edited.  The idea is that I can attain some sincerely valuable feedback from people who genuinely are willing to give it in preparation to get it pro-edited then PUBLISHED!  We all know how constructive feedback is the bread of life in anything that truly wishes to be fully creative... So feeding the right attitude is critical, sorry trolls. 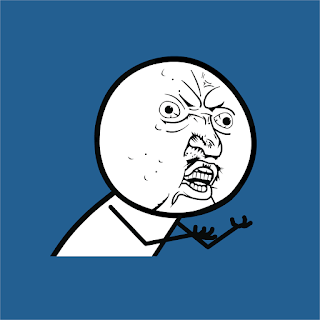 But you've got to take chances and that's what I'm going to do.  Another difficult idea was which book to launch with as I've now completed various.  Keeping it timely, in every sense of the word, I decided to go with John Awakening.  Spawned from a recurring dream that then turned into day dreaming that then turned into an awesome story that captivated my imagination for some time.  I spent more time in the early days thinking about it than writing, feeling afraid of taking the commitment.  But once I was convinced that it just needed to flow out one way or another, it became a passion.  As I've been writing now for a couple years I have seen some drastic improvements in both style and approach.  But I feel confident that putting out my first work will be yet another awesome learning experience as I continute to release new content and new books!

I hope that with it I can create a sense of community and involvment that will give anyone willing to help the opportunity to contribute and feel proud of it.  I thank all of those willing in advance and look forward to working with you.  I truly feel that with time my passion for story will continue to grow and hope sincerely that my stories can reach out to someone even if it ends up being just one person.

With that said let's start the HYPE!  I can't get anywhere without the awesome fans and people that have helped get me this far!

Hey and thank you for getting this far.  If you're reading this I would like to welcome you to the first steps of my journey.  As part of this I am trying to build as much hype as I can around this awesome new book to get it professionally edited.  In the mean time I will be releasing small exerts and chapters for your input and review!  I want this to be an awesome and community built around an awesome book.  Thank you so much for your help! 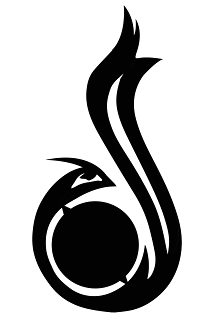 Posted by Unknown at 3:43 PM No comments: